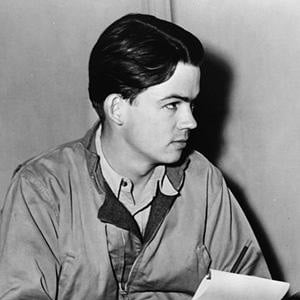 Cartoonist of realistic infantrymen Willie and Joe during WWII. Over the course of his career, he won two Pulitzer Prizes for his work in editorial cartooning.

He entered the Arizona National Guard in 1940, where he joined the U.S. Army.

For his army cartoons, he was presented with the Legion of Merit Award.

He had eight children across three marriages. His children are Bruce, Time, Andy, David, Johm, Nathaniel, Kaja and Sam.

He made fun of George Patton once for saying that he wanted his soldiers to be clean shaven at all times.

Bill Mauldin Is A Member Of