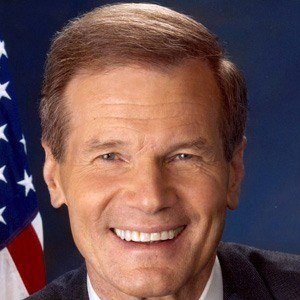 Politician and Democrat who became a Senator from Florida in 2001. He has voted in support of centrist policies like President Obama's Health Care Act. He previously served in the House of Representatives from 1979 to 1991.

He was a captain in the U.S. Army.

He is one of the few members of Congress to have actually travelled into space.

He squared off against Paul Ryan in the debt ceiling debates in 2011.

Bill Nelson Is A Member Of