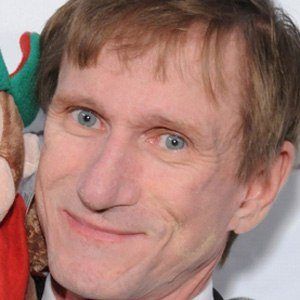 American actor known for his work as a Facebook stalker on the online interactive video film Take This Lollipop which garnered him numerous Webby nominations, recognition at South by Southwest festival, and a 2012 Daytime Emmy Award.

He started his career doing stage work, playing the title role in Jesus of Nazareth for about a decade while also performing in a one man show as John F. Kennedy.

He appeared in the 2008 movie The Secret Life of Bees and on television in a couple of episodes of 1000 Ways to Die.

He appeared in the fourth installment of the Pirates of the Caribbean series which starred Penelope Cruz.

Bill Oberst Jr. Is A Member Of