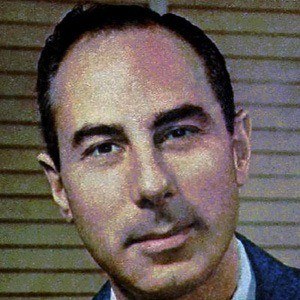 Hall of Fame sportscaster and actor who covered baseball, football, boxing, amongst other sports.

At 20 years old, before attending military college, he was already learning his trade by announcing football games on a local radio station.

His announcing could be heard during some of the very first televised football and baseball games.

He suffered from an addiction to painkillers which greatly damaged his health, and resulted in one of his legs being amputated and his eventual death.

He and Red Barber were both inducted into the American Sportscasters Association Hall of Fame.

Bill Stern Is A Member Of