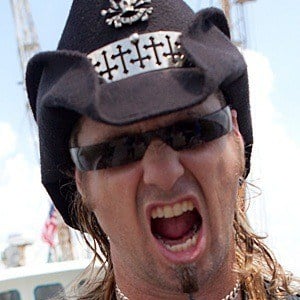 Reality star who rose to fame on the A&E television series Billy the Exterminator, which follows his life as an exterminator.

Prior to his success as a reality star he was a Senior airman in the Air Force.

He and his wife Mary have a son named Bryce. He and his brother Ricky were born to Bill and Donnie.

He appeared in several episodes of Dirty Jobs alongside Mike Rowe.

Billy Bretherton Is A Member Of