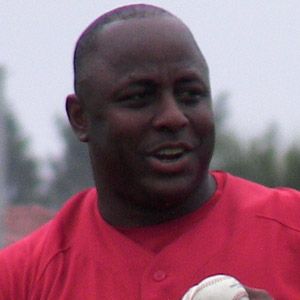 MLB outfielder who won a World Series as a member of the Cincinnati Reds in 1990. He won the Babe Ruth Award for best postseason performance the same year.

He was a junior college All-American at Yavapai Community College before being drafted by the Chicago Cubs in 1981.

He has several athletic children, including his son Derek, who on the NCAA FCS National Championship as a football player at the University of Richmond.

His amazing .750 batting average in the World Series beat the record previously set by Babe Ruth, who hit .625 in the 1928 World Series.

Billy Hatcher Is A Member Of