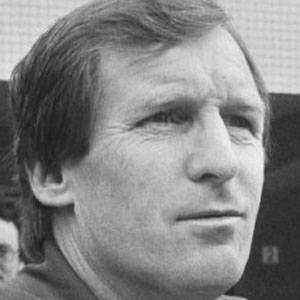 Defender who played his entire professional career with Celtic from 1957 until 1975. He earned the nod as Scottish Footballer of the Year in 1964-1965.

He went on to manage Celtic and Aston Villa after his playing days were over.

He was born in Bellshill, Scotland. He was married to Liz McNeill. He suffered from dementia.

Graham Taylor succeeded him as manager of Aston Villa.

Billy McNeill Is A Member Of