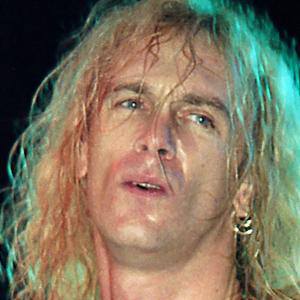 Bassist known as one of the best rock bassist of all time. He has worked with artists like Steve Vai, Mr. Big, and Niacin.

His first full-time gig was as a member of the band Talas.

He often referred to his, now retired, Fender bass has his wife. His actual wife Elisabetta became an American citizen in June of 2015.

Billy Sheehan Is A Member Of