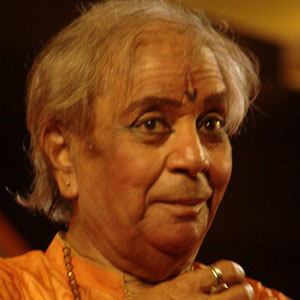 Both a promoter and a practitioner of an Indian classical dance form known as Kathak, Maharaj received the 2012 National Film Award for choreographing sequences in the Tamil film Vishwaroopam.

He became a dance teacher when he was just thirteen years old. Many years later, he opened a Delhi dance school called Kalashram.

Though primarily known as a dancer and choreographer, Maharaj also had a successful career as a classical Hindustani vocalist.

During his childhood years, he trained with his choreographer uncles, Shambhu and Lachhu Maharaj. Three of his five children also had careers as Kathak dancers.

He received a prestigious arts prize named for the Indian singer Lata Mangeshkar.

Birju Maharaj Is A Member Of