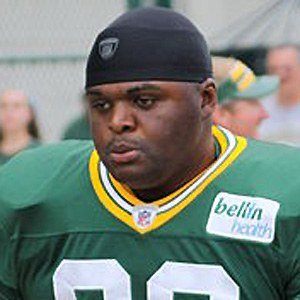 Pro Bowl NFL nose tackle who began his career with the Green Bay Packers in 2009. He helped lead the Packers to victory in Super Bowl XLV.

He was drafted 9th overall by the Green Bay Packers after earning First-team All-ACC honors at Boston College.

He received a handoff to score his first offensive rushing touchdown in 2011.

He has two younger brothers, Corey and Ade.

BJ Raji Is A Member Of