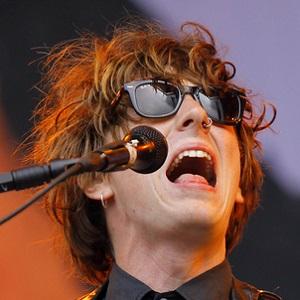 Singer and guitarist best known as the frontman for the indie rock group Mystery Jets. NME Magazine included him on its annual Cool List in 2008.

He started drumming at age eight and formed Mystery Jets in 2004.

He was born in spina bifida and has worked with the charity Attitude is Everything.

His third album with Mystery jets, Serotonin, was produced by Chris Thomas.

Blaine Harrison Is A Member Of