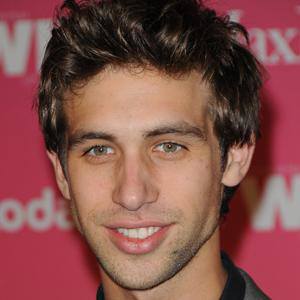 Best known for his Emmy-nominated role as Nick Fallon on the soap opera Days of Our Lives and also appeared on shows like Breaking Bad.

He graduated from UCLA in 3 years as an acting major and went on to study acting at the University of Oxford.

He was given the Rising Star Award for his role as Dusty Peterson in the 2013 independent film, Met Head at the Gasparilla Film Festival.

His parents are director Kenneth Berris and writer Lauren Berris.

He has co-starred with Molly Burnett on the NBC soap opera Days of Our Lives.

Blake Berris Is A Member Of