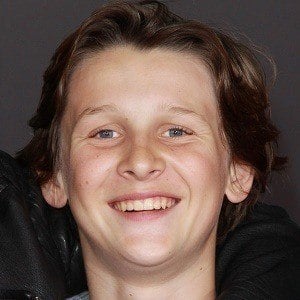 Well known for voice roles in the TV series Gravity Falls and feature film Mr. Peabody & Sherman, he was featured in 5 episodes of Dance-A-Lot-Robot in 2010 and later starred in Shimmer and Shine.

Early in his acting career, he appeared in the 2008 film You Don't Mess with the Zohan.

He has been a guest-star in television series such as Two and a Half Men, Touch, How I Met Your Mother, The Secret Life of the American Teenager, Private Practice, House M.D., Criminal Minds, and Law & Order: LA.

His older brother Jacob is an actor and he also has an older sister named Makenna.

He and Alina Foley have both voiced characters on the Nickelodeon series Shimmer and Shine.

Blake Bertrand Is A Member Of