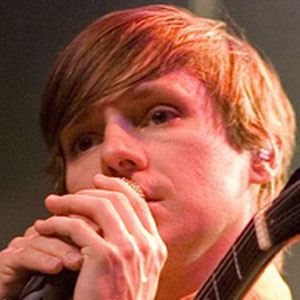 American singer, guitarist, and child actor who was a member of the bands Rilo Kiley and The Elected. He also appeared on television in the series Salute Your Shorts and Boy Meets World.

Some of his earliest on screen work came in the series Highway to Heaven, Family Ties, It's Gary Shandling's Show, and My Two Dads.

With Rilo Kiley, the first album they released was called Take-Offs and Landings. With the Elected, they debuted with Me First.

He was in a relationship with Rilo Kiley bandmate Jenny Lewis for several years.

He appeared alongside a young Joseph Gordon-Levitt on the series 3rd Rock from the Sun.

Blake Sennett Is A Member Of