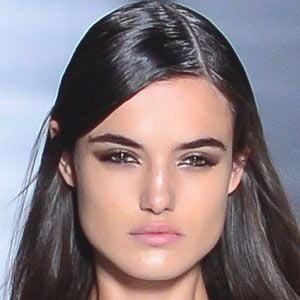 Known as the face of Dolce & Gabbana, this model has also walked runways for Victoria's Secret, Versace, BCBG Max Azria, and numerous other top fashion brands. She has also appeared in Vogue Espana and Elle Spain.

She was discovered on the Madrid subway by modeling manager Ignacio Aysha while studying at the ESIC Business and Marketing School.

She won the top modeling prize at the 59th Mercedes-Benz Madrid Fashion Week. She is extremely popular on Instagram with over 700,000 followers.

She met her boyfriend Alejandro Garcia at a restaurant in London.

She was in the media after reacting to model Gigi Hadid's body-positive Instagram posts.

Blanca Padilla Is A Member Of