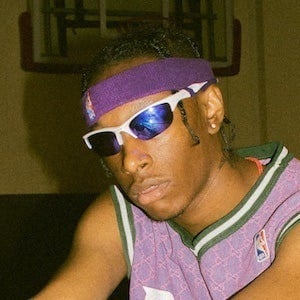 New York based stylist, model and art director who rose to fame as Bloody Osiris on Instagram for his self proclaimed high fashion hood rat style and creative endeavors. He has worked on projects with labels such as ASAP Bari's VLONE.

He blew up after Kanye West featured him on his moodboard and Instagram in 2016.

He grew up in Harlem, New York, and his father was murdered when he was young over a drug deal. His brother is Bloody Dior.

He and Kirsten Zellers are both Instagram stars who starred on Yeezy season three together.

Bloody Osiris Is A Member Of