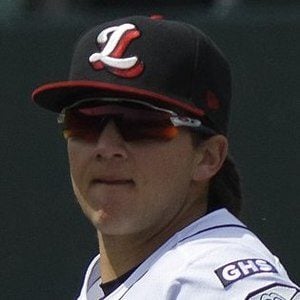 Professional baseball shortstop who made his Major League debut with the Toronto Blue Jays in July 2019. He had been selected by the Blue Jays with the 66th overall pick in the second round of the 2016 MLB draft.

He was named the Gatorade/USA Today Florida Baseball Player of the Year as a high school senior.

He was ranked #1 on Major League Baseball's Top 30 Blue Jays Prospects list in 2019.

His father is former pro baseball player Dante Bichette and his mother's name is Mariana.

His parents named him after multi-sport athlete Bo Jackson.

Bo Bichette Is A Member Of