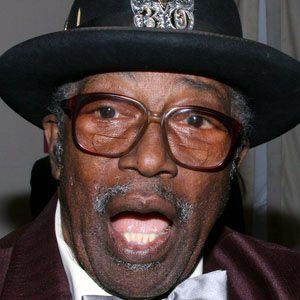 R&B singer, songwriter, and guitarist who was inducted into the Rock and Roll Hall of Fame for pioneering the transition of blues to rock.

While working as a carpenter and a mechanic, he would play gigs on the street. He studied the trombone and violin after his family moved to the South Side of Chicago.

His recording of the song "Bo Diddley" was inducted into the Grammy Hall of Fame due to its impact on American music.

His work highly influenced the work of many renowned musicians like Buddy Holly.

Bo Diddley Is A Member Of