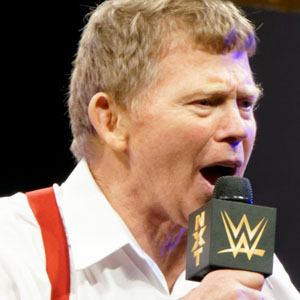 One of the longest reigning champions in WWF history, he was inducted into the WWE Hall of Fame on April 6, 2013.

He attended Waldorf Junior College, where he was an All-American in both wrestling and football.

He was Pro Wrestling Illustrated's most inspirational wrestler in 1981, and, 13 years later, he was their most hated wrestler of the year.

He married Corki Backlund, and has a daughter with her.

He was inducted into the Hall of Fame by Maria Menounos.

Bob Backlund Is A Member Of