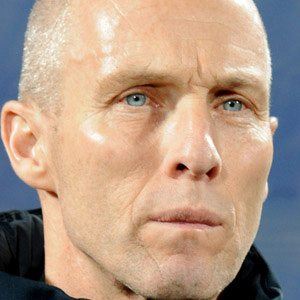 He played college soccer at Princeton University from 1976 to 1980.

He has two brothers, the coach Scott Bradley and the writer Jeff Bradley. He also has a son, Michael, who became a pro soccer player.

Bob Bradley Is A Member Of