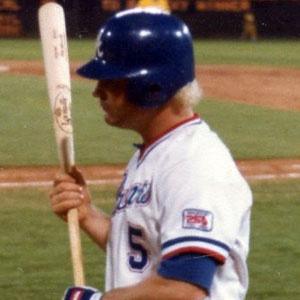 The 1978 NL Rookie of the Year Award winner hit 218 home runs during his 11 years in the major leagues.

He received the first-ever Golden Spikes Award, the award given to the best collegiate baseball player in the country.

He played for one year in Japan before returning to the United States to finish his baseball career.

He raised two sons, Tyler and Trent, with his wife Chris.

He won the NL Rookie of the Year Award in 1978, beating out Hall of Fame shortstop Ozzie Smith.

Bob Horner Is A Member Of