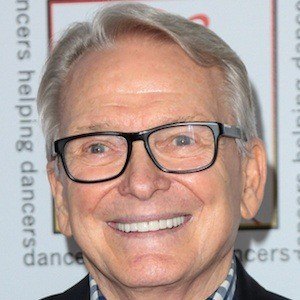 His elegant, sparkling dresses have been worn by entertainers from Diana Ross to Tina Turner.

He was a lowly designer for Paramount Studios, making costumes for the burlesque production Hallelujah Hollywood, when he was spotted by the costumer Edith Head.

He was the sole costume designer for The Carol Burnett Show during its entire 11-year run.

He was born in Monterey Park, California.

He also designed Cher's stunt outfit at the 1986 Academy Awards - stretch pants, a jewel-encrusted lioncloth, a chainlink top, topped off by an Indian headdress.

Bob Mackie Is A Member Of