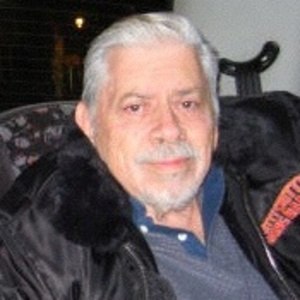 Remembered for portraying American spy Jeff Ross on the late 1970s English television series The Sandbaggers, Sherman was also notable for his appearances in episodes of Oppenheimer, Three's Company, and Jackanory.

Before beginning his screen acting career, he worked as a sailor; performed with American and British theater companies; and attended college in his native California.

He portrayed American President Franklin D. Roosevelt in the play Their Finest Hour.

A native of Redwood City, California, he spent his adulthood years in London, England. He fathered a daughter through an early relationship and had a longtime partnership with a woman named Robin (who became his wife just one week before his death from cancer).

A playwright as well as an actor, Sherman wrote a radio drama version of the Ernest Hemingway novel The Old Man and the Sea that starred Academy Award-winning actor Rod Steiger.

Bob Sherman Is A Member Of