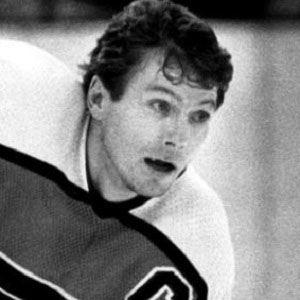 He was on the Canadian national team in the historic Olympic showdown with the Russians in 1972.

He raised four children with his wife Sandy.

He played alongside Reggie Leach on the Flyers.

Bobby Clarke Is A Member Of