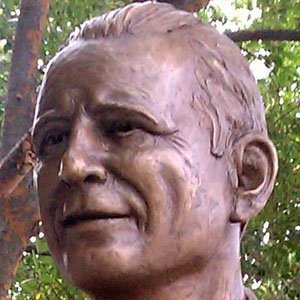 Hall of Fame college football coach who retired with a 165–64–8 record at Georgia Tech.

He played quarterback at Tennessee State for 3 seasons.

He came up with the 'fumblerooski' trick play that Nebraska used 50 years later in the Orange Bowl against Miami.

He had a long-running feud with Alabama coach Paul Bear Bryant.

Bobby Dodd Is A Member Of