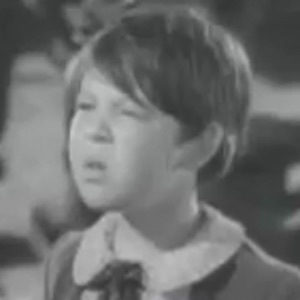 Most remembered for his emotional performances in the late 1930s films Boys Town and On Borrowed Time, Watson is also notable for his appearances in episodes of The Beverly Hillbillies, The Virginian, and Lou Grant.

He appeared, uncredited, in several Hollywood features before playing a billed role as a little boy in the 1937 movie She's Dangerous.

He received his Methodist ordination from the Claremont School of Theology and worked as a minister for three decades.

Bobs Watson Is A Member Of