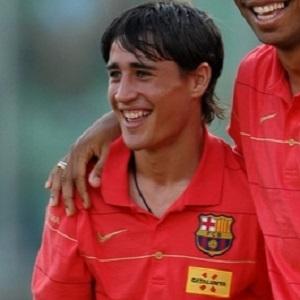 Notable for his work as a forward and winger with the Stoke City Football Club, this Spanish born soccer player began his career with F.C. Barcelona.

At the age of fifteen, playing for the Spanish national team, he was a star in the Union of European Football Associations' 2006 Under 17 Championship.

The son of Maria Lluisa Perez and Serbian professional footballer Bojan Krkic Sr., he was raised in Linyola, Spain.

He and striker Peter Odemwingie both joined Stoke City in 2014.

Bojan Krkic Is A Member Of