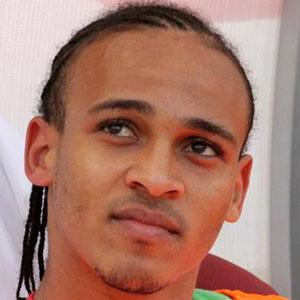 Russian-born striker who joined Stoke City in 2014 after spending a season with Cardiff City and 3 years with West Bromwich Albion. He was a member of the Nigerian national team from 2002 to 2012.

He played in the CSKA youth system and made his professional debut with Bendel Insurance in Nigeria.

He caused controversy in 2013 by demanding a trade from West Bromwich Albion and by posting a series of Twitter comments that caused him to be booed by home fans.

He married his fiancee, Sarah Fallon, in 2012 at a ceremony in Northampton, England.

He and Jerome Thomas were both well-known players at West Bromwich Albion.

Peter Odemwingie Is A Member Of