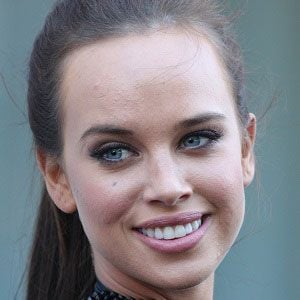 Australian singer who, in 2007, became the first-ever winner of the reality talent competition Australia's Got Talent. She has since gone on to release singles like 2014's Gold-selling "Blackout."

She won Australia's got talent at just 12 years old.

Her cover of "Gonna Make You Sweat" was used as the theme song for the reality dance show Everybody Dance Now.

She performed the Carole King song "Where You Lead" with her mother for Mother's Day in 2014. She has a sister and an older brother.

She and singer Jack Vidgen are both winners of Australia's Got Talent.

Bonnie Anderson Is A Member Of