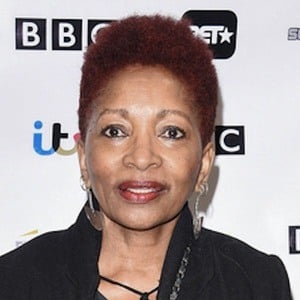 Notable for her plays Munda Negra, Dancing On Blackwater, and Jitterbug, she is also the author of the novels Entropy and Hanging by Her Teeth; the memoir Obama Music; the musical Marilyn and Ella; the screenplay White Men Are Cracking Up; and the opera Yes.

She wrote her first play when she was just nine years old and went on to study at New York's Actors Studio with the renowned director Elia Kazan and in Chicago with the acclaimed playwright David Mamet.

She served as Chancellor of London's Kingston University and became a board member at the Royal Opera House, the London Film School, and the British Museum.

A native of Chicago, Illinois, she grew up as one of Ben and Willie Mae Greer's seven children. She became a naturalized English citizen in the mid 1990s.

She is a contemporary of Pulitzer-winning American playwright Wendy Wasserstein.

Bonnie Greer Is A Member Of