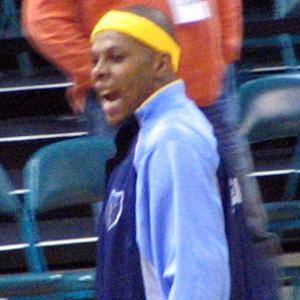 Former professional basketball player best remembered as a player for teams like the Portland Trailblazers and Houston Rockets. As a college player, he was named the Mid-American Conference Men's Basketball Player of the Year in 1996 and 1998.

He set the Blazers' single-game playoff scoring record with 45 points against the Dallas Mavericks in 2003.

He was born Gawen DeAngelo Wells to his mother, Christine Scaife Coleman, who gave him the nickname "Bonzi."

He was co-captains with four-time All-Star Rasheed Wallace on the Portland Trailblazers.

Bonzi Wells Is A Member Of