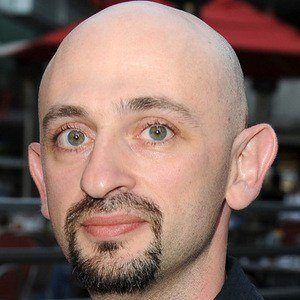 Became known for his voice over work for popular video games such as Call of Duty, World in Conflict, Metro, and Ace Combat, among others. He has also appeared in popular TV series such as The Blacklist and The Office.

He received a BFA in theatre at Florida International University. He also attended Mountview Theatre School in London.

He's also an entrepreneur and started the digital agency Speed of Like in 2016.

He was born in the Soviet Union, but moved to the U.S. when he was 6. He attended Stuyvesant High School in Brooklyn, New York.

He appeared in an episode of Disney channel's Wizards of Waverly Place starring Selena Gomez.

Boris Kievsky Is A Member Of