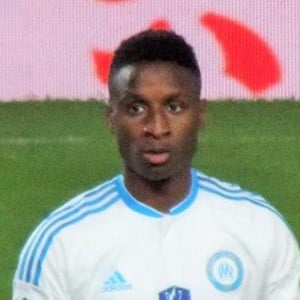 Defender who has gained fame for his play in French club soccer, including for Ligue 1 squad Marseille. He helped lead the club to the 2018 UEFA Europa League Final, where they finished as runners-up.

He played in Metz's youth academy. He made his professional debut in 2010.

He was born and raised in Lyon, France.

He and Dimitri Payet have played as teammates for Marseilles.

Bouna Sarr Is A Member Of