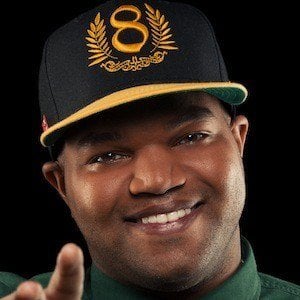 Dutch singer who became known after placing third in the sixth season of the Dutch reality series The Voice of Holland. He went viral after collaborating with artist Ali B on the song "Ik Ben Je Zat" (I'm Sick of You), which reached number five in the Dutch charts.

He started performing on German stages at the age of 11 because he was considered too young in the Netherlands.

He won the Essent Award from the Dutch energy company Essent, which issues music awards ten times every year.

He was born in Surabaya, Indonesia, but grew up in Amsterdam, the Netherlands. His father was songwriter Eddy MacDonald but he died when Brace was just 16 years old. His brother was also a singer.

He was featured on the remix of rapper Akon's smash hit "Beautiful" and established a relationship with the artist.

Brace Is A Member Of