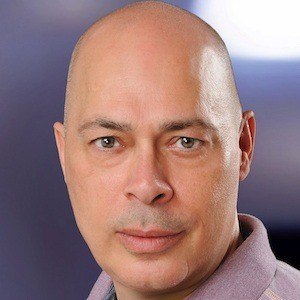 Canadian playwright known for the scathing and blunt, yet humorous, tone of his works. Among his more famous plays are Unidentified Human Remains and the True Nature of Love and Poor Super Man.

His first playwriting success came when he won a competition when he was 17.

He wrote the movie Love & Human Remains, based on his own play, and contributed to the show Queer as Folk.

He grew up in Edmonton, Canada.

Brad Fraser Is A Member Of