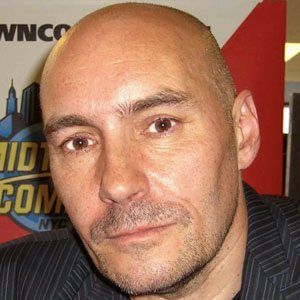 A Scottish playwright, screenwriter, and comic book writer, they are known for their contributions to such DC and Marvel Comics series as Batman, The Invisibles, and New X-Men. Their 1990 play, Depravity, was based on the life of the famous occult expert Aleister Crowley.

They published their first comic strips when they were seventeen years old. During the early 1980s, they belonged to a band called The Mixers.

They wrote the screenplay for the Dreamworks film, Sleepless Knights.

They married their longtime partner, Kristan Morrison. During their adulthood, they lived and worked in both Scotland and Los Angeles.

They had a cameo role in My Chemical Romance's "Na Na Na Na" music video; the band was founded by singer Gerard Way.

Grant Morrison Is A Member Of