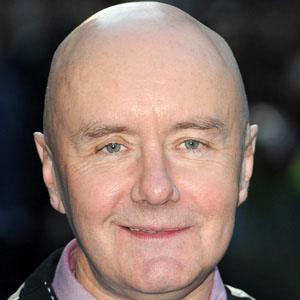 Fiction writer, playwright, and screenwriter best known for Trainspotting, a 1993 novel that was adapted into a popular 1996 film. His other literary works include the short story collection The Acid House and the play Babylon Heights.

During the late 1970s, he was a guitarist with several London-based punk bands. He later earned a Master of Business Administration degree from Heriot-Watt University in Scotland.

Three of his novellas were published as a 1996 work entitled Ecstasy: Three Tales of Chemical Romance.

The son of a dock worker father and a waitress mother, he grew up in public housing projects in Edinburgh, Scotland.

He co-wrote the screenplay for Wedding Belles, a 2007 television film that starred Scottish actress Shirley Henderson.

Irvine Welsh Is A Member Of