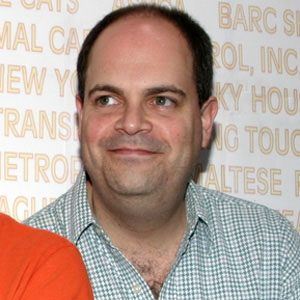 American stage actor and singer who is known for playing the role of "Franz Liebkind" in the original Broadway production of The Producers. His other Broadway and regional theatre credits include Jekyll & Hyde, Damn Yankees, and Cabaret.

He made his Broadway debut in 1990 as an understudy for Aspects of Love.

His performance in The Producers earned him a 2001 Tony Award nomination.

He and Matthew Broderick both appeared in The Producers.

Brad Oscar Is A Member Of