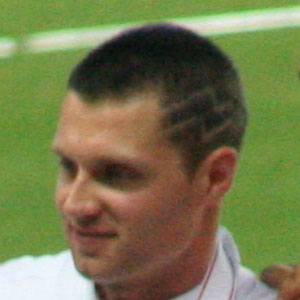 Champion pole vaulter who has taken home gold medals in notable events like the the IAFF World Championships and World Indoor Championships. He was previously a two-time NCAA Indoor champion.

He set the American outdoor pole vault record with a distance of 6.04 meters.

He and Jenn Suhr have both set records in pole vaulting.

Brad Walker Is A Member Of