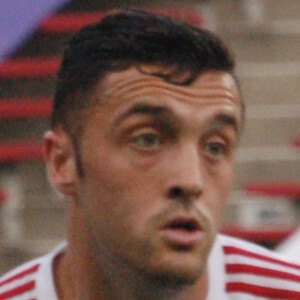 Quarterback who became the all-time school record-holder for passing touchdowns during his career with the Arkansas Razorbacks. He was later picked in the sixth round by the Jacksonville Jaguars in the 2016 NFL Draft.

He was named the offensive MVP of the 2014 Texas Bowl, where he led Arkansas to victory over the Texas Longhorns.

His younger brother Austin Allen has also played quarterback for the Razorbacks.

He was coached by Bret Bielema at the University of Arkansas.

Brandon Allen Is A Member Of