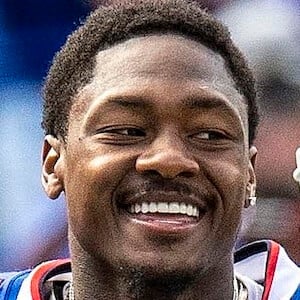 Wide receiver who was a fifth-round pick of the Minnesota Vikings in 2015 after starring collegiately for the University of Maryland. He was the second-ranked receiver in the nation coming out of high school according to Scout and Rivals.

He attended Our Lady of Good Counsel High School and played in the U.S. Army All-American Bowl in 2012.

He came in second in the ACC Freshman of the Year voting in his first season at Maryland.

His mother is Stephanie Diggs.

He and Torrey Smith both starred at the University of Maryland.

Stefon Diggs Is A Member Of