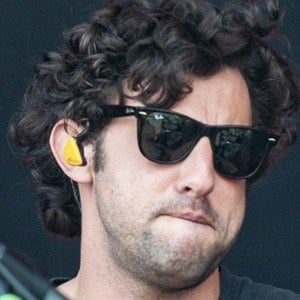 The former drummer and percussionist for the American rock band The Neighbourhood, which became known for their hit single "Sweater Weather."

The group's debut album, I Love You, peaked at #25 and #9 on the Billboard 200 and Alternative Album chart, respectively. Their Spotify channel, by April 2022, had earned an audience of over 28 million monthly listeners.

He and the band are based out of California.

He's performed alongside Mikey Margott in The Neighbourhood.

Brandon Fried Is A Member Of