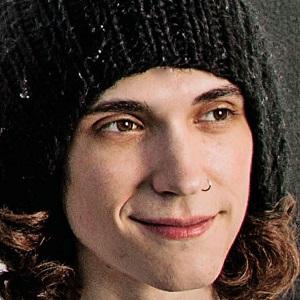 Back up vocalist and drummer for the band Waterparks. The group released an EP called Black Light in 2014.

He was previously in a band with Waterparks frontman Awsten Knight.

He and Waterparks have released music videos for their singles "Silver" and "New Wave."

He was born in Houston, Texas. He grew up with a sister named Hollis. He has dated YouTube vlogger Danger0usPerson since 2015.

Both he and Geoff Wigington provide backing vocals in Waterparks.

Otto Wood Is A Member Of