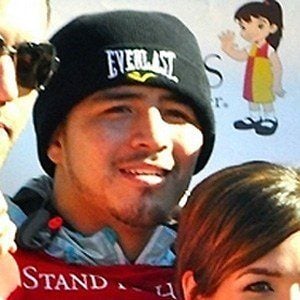 He became the WBA Lightweight Champion on February 26, 2011 after defeating Miguel Acosta. He retained the title in a fight against Urbano Antillon 5 months later, then was forced to forfeit it after failing to make the contracted 135-pound weight limit on the scale after three tries in December, 2011.

He was a dominant amateur fighter, winning the 2004 U.S. National Amateur Featherweight Championship.

He went undefeated for his first 32 fights, gathering 31 wins and 1 tie.

He married Victoria Lopez in 2010.

His second career loss came in a very well-fought decision against legend Manny Pacquiao on November 24, 2013.

Brandon Rios Is A Member Of