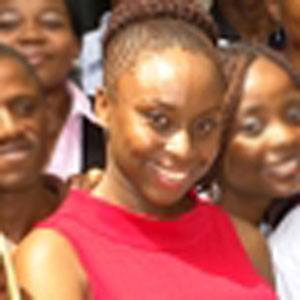 Nigerian author who achieved great success with her first novel Purple Hibiscus which was honored with the Commonwealth Writers' Prize for Best First Book. Her second novel Half of a Yellow Sun was adapted into a film starring Academy Award nominee Chiwetel Ejiofor.

She had a collection of poems published in 1997 called Decisions. Later she won the BBC Short Story Award for That Harmattan Morning story as well as the O. Henry Prize for The American Embassy.

She married Ivara Esege and while together, she split her time between the U.S. and Nigeria.

She gave a TED talk about feminism and part of her speech was sampled by Beyonce Knowles in her song "***Flawless."

Chimamanda Ngozi Adichie Is A Member Of