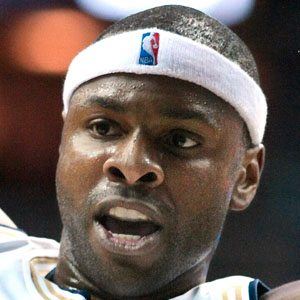 Longtime NBA Center who began his career with the Washington Wizards in 2001.

He recorded the first triple double in North Carolina history on December 4, 2000 with 18 points, 14 rebounds, and 10 blocks.

He won the Gatorade North Carolina Basketball Player of the Year Award in 1997.

He was raised mostly by his mother Barbara Haywood.

He played on the Washington Wizards with high-scoring point guard Gilbert Arenas from 2003 to 2010.

Brendan Haywood Is A Member Of