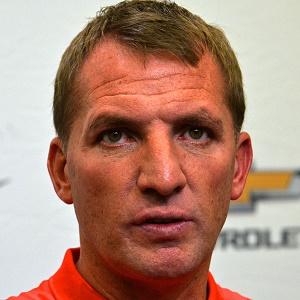 Former defender whose career spanned from 1987 to 1996 with five different teams. He began managing Liverpool in 2012 and took over at the helm of Celtic in 2016 until 2019 when he took over at Leicester City.

He spent his youth career with Ballymena United from 1984 to 1987 before debuting for the club's senior team.

He was the Football League Championship Manager of the Month with Swansea City in February 2011.

He had two children, Mischa and Anton, with his wife Susan Rodgers. Following their divorce, he became engaged to Charlotte Searle in 2016. They got married in 2017.

Jurgen Klopp replaced him as Liverpool's manager in 2015.

Brendan Rodgers Is A Member Of