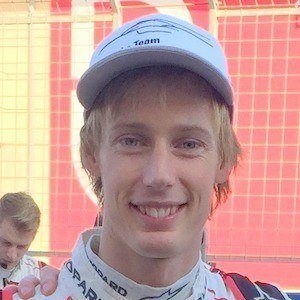 Formula One driver who has emerged victorious at events like the 2015 and 2017 and FIA World Endurance Championships as well as the 2017 24 Hours of Le Mans. He has raced for Red Bull Racing and Toro Rosso, among other teams.

He grew up in Palmerston North, New Zealand and got his start racing go-karts at age 6.

In 2003, he became the youngest-ever winner of the Dan Higgins Memorial Trophy.

His father Bryan is a former Formula Atlantic driver. He has an older brother named Nelson.

He won the FIA World Endurance Championships and the 24 Hours of Le Mans alongside teammate Timo Bernhard.

Brendon Hartley Is A Member Of