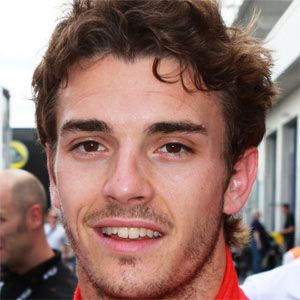 Won a Formula 3 Euro Series championship in 2009 and won a French Formula Renault 2.0 championship title in 2007. He suffered a diffuse axonal injury during an accident at the Japanese Grand Prix in October 2014. After spending over eight months in a coma, he died in July 2015 at the age of 25.

His grandfather Mauro Bianchi was a three-time GT World Champion. He had two siblings, Melanie and Tom.

In 2007, he had the same manager as Formula One racer Felipe Massa.

Jules Bianchi Is A Member Of