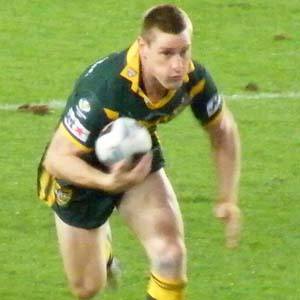 Rugby player who has played wing and center for the Brisbane Broncos, New Zealand Warriors, Queensland, and Australia.

He was National Rugby League Rookie of the Year in 2002.

He played rugby with his brother-in-law, Steve Price.

He has played alongside fullback Billy Slater.

Brent Tate Is A Member Of